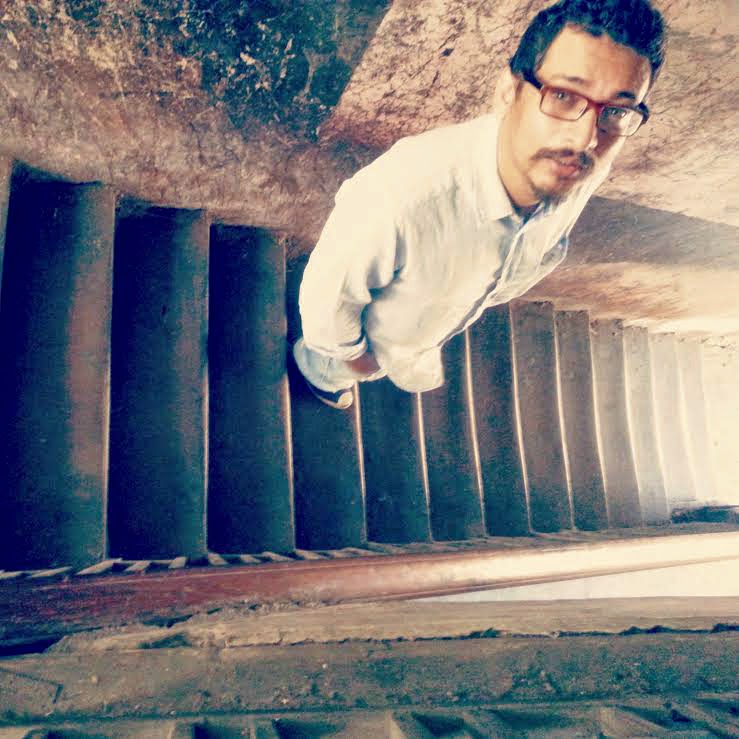 Vikas Bahl’s Queen became the sleeper hit of the year. The film, starring Kangana Ranaut as a girl who decides to go on her honeymoon in Europe solo after being jilted at the last minute by her fiancé, is one of the rare titles on which critics and audiences share an opinion: they’ve loved it.

One of Queen’s many strengths is its well-observed script written by Parveez Shaikh, who earlier wrote the severely underrated and unfairly critically maligned dark comedy Ghanchakkar. Clearly, he’s one of the most interesting new writers on the block. I got a chance to interview Shaikh and chat about his roots, the origins of Queen, the state of the industry and the mystery behind Ghanchakkar.

MF: How did you land up in the crazy maze of Bollywood? Did you always want to be a writer, and was it the typical film writer struggle?

PS: I came to Mumbai for my graduation after which I joined advertising since I’d always wanted to write ads. That’s where I met Vikas Bahl, we worked on the same brands. Writing movies was never on my radar until later when Vikas joined UTV Spotboy. He asked me if I had any ideas for a movie, I told him a one-line idea of what was later to be Ghanchakkar. He liked it and signed me on to write it. So it wasn’t a struggle as such.

MF: How did Queen come about?

PS: Vikas had this idea of a girl going on her honeymoon alone. I loved it and came on board to write it.

MF: Was Kangana always envisioned as the lead for Queen?

We always had Kangana in mind to play the lead in Queen even before we started writing it.

MF: A female centric Hindi film almost never has a protagonist who is ‘normal’ or relatable. Why do you think this is the case with Bollywood?

PS: Even most male protagonists in Hindi films are not normal or relatable, so it’s not surprising that the female protagonists aren’t either. There are few characters in Hindi movies that you can genuinely relate to. This is because we always want to see our protagonists as larger than life people doing extraordinary things. But all that is slowly changing thanks to the multiplex audience and a new breed of writers and directors who are not afraid to keep it real. English Vinglish and Queen are good examples of this.

MF: What was the toughest part of writing Queen? And did you have to fight to maintain the balance between commercial and non-commercial elements?

PS: The toughest part was getting the structure right and to keep the audience engrossed throughout the film. Because in non-plot driven movie it’s for things to drag or slow down. And one thing I’ve realized is that our audience is extremely impatient. We didn’t really think of the commercial vs non-commercial aspect while writing it, we just wanted to be true to the story and tell it in an entertaining way. We knew that if we succeeded in doing that the commercial aspect would take care of itself.

MF: I personally found only one jarring moment in Queen. The film could have ended at the café where Rani dumps Vijay. It could have paralleled the scene in the beginning where Vijay had dumped Rani in a café. In hindsight, do you think the final scene in Vijay’s house could have been excised?

PS: The final scene is very critical - it gives a closure to Rani and to the story. Without it the story would be incomplete. When she walks away from him at the café, she tells him that she will meet him in India, she still not 100% decided that she doesn't want to be with him. That’s why what Vijay's mom tells her is so crucial. It just helps her make up her mind, it becomes the tipping point so to speak. The audience was not completely expecting her to give Vijay back the ring, so it was a nice surprise for them. In fact a lot of people clapped when she gives him back the ring.

MF: Were there any parts of the script that didn’t make it to the movie, and you wished they did?

PS: Actually no, most of the good parts of the script made it to the movie. Of course there will be parts that won’t be included because of the length but none which I miss.

MF: Ghanchakkar was an unfairly overlooked film. Do you think the critics (and some audiences) missed its point? Or was it a case of bad marketing? What do you think went wrong?

PS: No other film divided opinion like Ghanchakkar did and according to me that’s a good thing. The people who hated it, hated it with a vengeance and the ones who loved it, loved it passionately. We set out to do something different with Ghanchakkar and I feel we succeeded to a great extent. I’m extremely proud of the movie. I think the critics completely missed its point - they reviewed it like a regular thriller, which it wasn’t. They had a great chance to get the audience to watch something different. People who saw it on TV later were surprised that it got such bad reviews, they couldn’t understand why. About the audience, thanks to the posters they went in expecting to see a domestic comedy and were shocked to see a dark thriller with a very violent end.

MF: What are you working on next? Do you also intend to direct some time?

PS: I just finished writing Phantom, a political satire for Kabir Khan – it stars Saif and Kareena. I also wrote Shatir for Kunaal Deshmukh – that one has Emraan Hashmi. Both will be out this year. I’m currently working on a screenplay based on Anuja Chauhan’s book ‘Battle For Bittora’ for Anil Kapoor’s Film Company. I have absolutely no intentions of directing, I hate leaving my house. I’m happy being a writer.

MF: What sort of films did you grow up watching, and who are your favourite filmmakers?

MF: Which were the last three great films (Hindi or otherwise) that you saw?

MF: One piece of advice for wannabe writers in the industry?
PS: Keep writing. If you write five screenplays, one will get made. And don’t give up your day job until you sign your second movie.