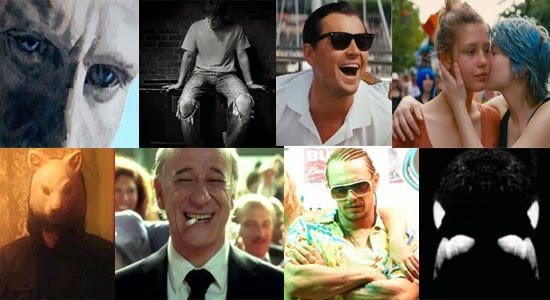 This was a pretty good year for cinema. Plenty of commercial biggies and indie/world cinema titles. It's silly to make a top ten list because there were about 40 terrific films that ought to be watched by any self respecting film buff. Here they are:

Director Andrew Bujalsky's wonderful and highly original little film channels the retro style of the 80's with dry humor and deadpan sarcastic bickering between nerds fiddling with computers. This is pretty much tasty dessert for geeks who love cinema.

Randy Moore's bizarre, surreal, entertaining sci fi film is about a family which goes to Disneyland and gets sucked into an otherworldly conspiracy. It's also landmark guerrilla filmmaking - it was shot secretly in Disneyland. Roger Ebert handpicked it for his film fest before his death.

Director Antonio Campos is going for a new experimental type of filmmaking much like Shane Carruth. Simon Killer is a straightforward psychological drama twisted into something more bleakly complex than it is. And it was quite bold of the him to have a completely unsympathetic character as the protagonist. Definitely a filmmaker to keep an eye out for.

50-50 director Jonathan Levine (pardon my pun) resurrects the zombie genre from the dead with this zom com. It's a cool indie that takes a spin on the many tired tropes of both zombie films and romcoms. Plus it's got a superb soundtrack, and Levine makes the film look good despite its tiny budget. 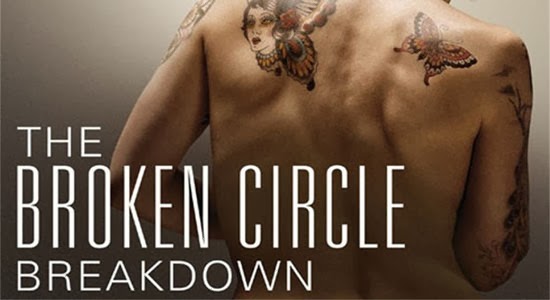 Director Felix Van Groeningen's Belgian drama takes the subtext and non liner style of Blue Valentine and makes it even darker. The film also has a killer soundtrack to boot.

Starring the legendary Choi Min Sik the protagonist of Oldboy, and directed by Park Hoon Jung who wrote I saw the Devil, New World twists, turns and spasms into giddy thrills as characters leap from one shade to the other. Full review here.

Unlike the other Somalian pirate film A Hijacking which was a slow-burn drama that focused on the psychological aspect of incident, Paul Greengrass’ film is a full on pulse pounding action thriller that is sort of a United 93 meets Zero Dark Thirty. Make no mistake — Greengrass gets better with every film and this is the most hair-raisingly fun thriller of the year, and despite its two-and-half-hour run time it whizzes by like a bullet.

Though not as great as Shallow Grave, Danny Boyle's return to the thriller genre was a blast from start to finish, with shiny mirror based cinematography from Anthony Dod Mantle. And as always, Boyle picks the best fucking soundtracks.

Canadian filmmaker Denis Villeneuve has emerged as one of the most fascinating and consistently solid filmmakers of our generation. Prisoners does something different early on to bring a new twist to the serial killer genre. Hugh Jackman's solid performance buoys the film's questions on the basics of morality, guilt, law and justice. Full review here. 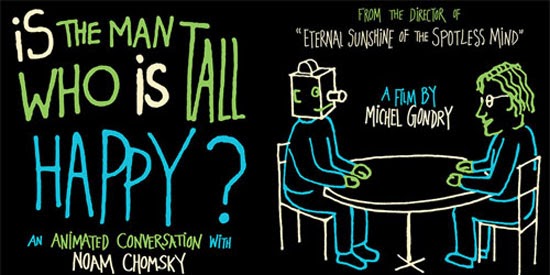 Michel Gondry and Noam Chomsky got together and made a movie. Magic happened. 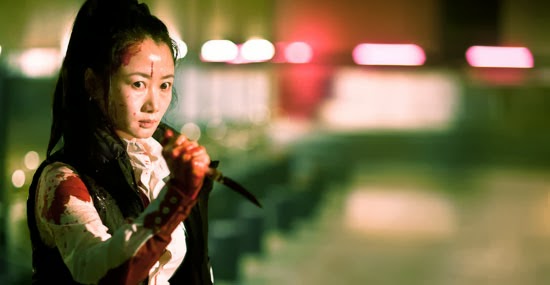 Jia Zhangke’s A Touch of Sin is a bleak and powerful film that sheds light on the ferociously dehumanized state of modern China. The scene in which the protagonist uses three cigarettes as incense sticks to pray is easily the most hilarious and scathing shot of the year.

A great first film from director Anthony Chen who won the Camera d’Or at Cannes. It tells the story of a family in Singapore that is struggling to deal with the country’s brutal financial crisis. The film commands exceptional acting and nuanced detailing and signals a major talent's arrival.

Enfant terrible Harmony Korine's Spring Breakers seemed like a guilty pleasure with hot Disney chicks. It turned out to be a stunningly well made neon nightmare that I like to describe as Dostoyevsky in a bikini. Full review here.

The Coens' first genuinely depressing movie has a ton of things that any struggler in a big city can relate to. Oscar Isaac's performance, the soundtrack and the ginger cat are enough to warrant multiple viewings over the years to come. 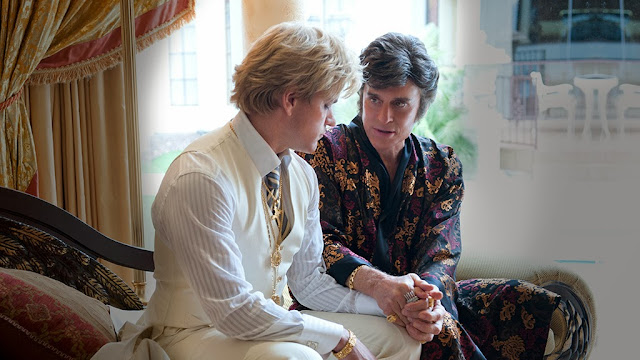 Steven Soderbergh's (apparently) last film had terrific performances from Michael Douglas and Matt Damon as Liberace and his boyfriend. The studios refused to release the film in theaters for being 'too gay', and I can only say they'll be known to me as 'too stupid'.

Fuck this guy James Wan. Keeps scaring the liquid potty out of me over and over again. Full review here. 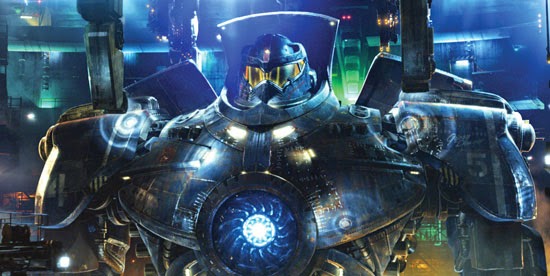 It’s not often that we get to see a large scale science fiction blockbuster movie that renders that sense of total admiration on your face.Guillermo Del Toro's Giant Fucking Robots vs Giant Fucking Monsters movie did it. Full review here.

You'll forever feel guilty about going to the zoo when you watch Gabriela Cowperthwaite's disturbing, revelatory film on the dangers of nabbing animals from their natural habitat and keeping them in captivity for our recreational purposes. Full review here.

Alex Gibney's documentary was a crushing look at the fallen Tour de France hero. The footage is remarkable, the interviews with Armstrong are disparaging. You hate the guy for lying to us, and yet in one or two instances the film manages to somehow make you empathize with Armstrong, which is what makes it a great film.

It wasn't as funny and cheeky as the trailers made it out to be, but it certainly was a superbly acted and photographed movie about real life con artists. It was also the most Scorsese-esque film that David O Russell has ever made. 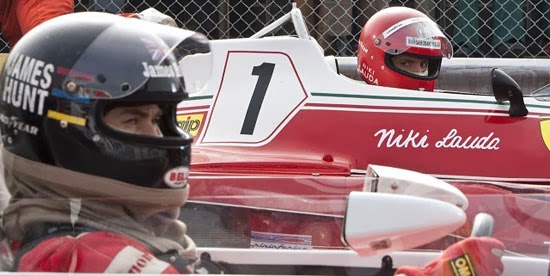 Rush is a wet dream for F1 1 fans and one of the most thrilling and entertaining auto racing based movies ever made. Peter Morgan and Ron Howard not only understand the spirit of F1 but also know how to tell a compelling F1 story to people who aren’t familiar with the sport. Full review here. 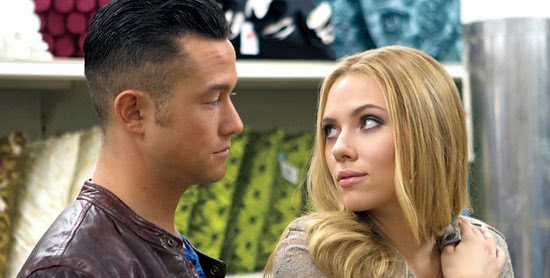 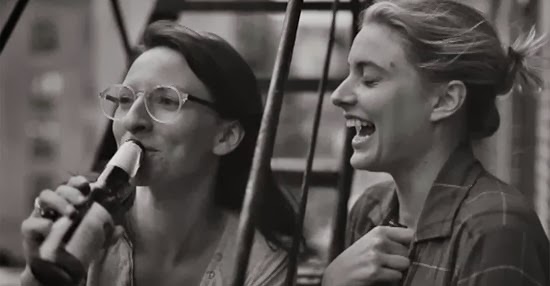 Greta Gerwig has arrived. Noah Baumbach's film may be set in New York but the Bombay parallels are simply too obvious, and Frances Ha is really a piece of art for Bombayites who can project their own experiences onto it. It’s their own personal little film. Full review here.

Just when I thought the home invasion genre had run its course along came the smart and entertaining You're Next from Adam Wingard. Another fun horror film in a year of really good horror films. Horror filmmaker Ti West's cameo as the first guy who gets killed was a cool little in joke.

Asghar Farhadi's latest was exactly what I expected it to be - a domestic drama of screwed up relationships with a tinge of mystery hidden beneath the emotions. No one does this genre as well as Farhadi. The last scene from the film haunted me for a hell of a long time.

Written, directed, edited and starring newbie filmmaker Matt Johnson, The Dirties effortlessly mashes together dark comedy, social commentary, drama, bromance and Hollywood all with a distinctly meta flavor. The film takes on the risqué subject of gun control and school shootings in America and does it in a way you won’t believe until you see it. Full review here.

Ari Folman's follow up to Waltz With Bashir was an excellent meta animation film that is impossible to fully get the first time. Folman makes a damning dissection of capitalism, IP wars, internet freedom and many, many more socially relevant standpoints with his trademark off-center approach. I've become an ardent fan of Ben Wheatley. After last year's awesome Kill List and now Sightseers I'm convinced he's the master of black comedy thrillers. He's got a really unique style and pretty much no one makes films the way he does. 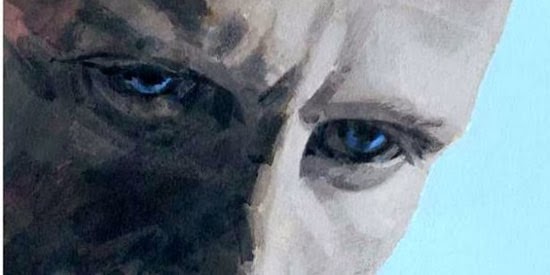 The most fucked up movie of the year, and hence automatically the most enjoyable thriller of the year. It's not just cheap thrills though, this Dutch film offers some really dark interpretation of human nature, apart from unsettling imagery of course.

11 - Blue is the Warmest Color

I'm not sure how true the torture stories of director Abdellatif Kechiche are, but he's exacted tremendous performances from Adele Exarchapolous and Lea Seydoux. You'll be surprised to know that the sex scenes (though super hot) are the least interesting part of the film. And it's not a lesbian drama as much as it is the story of your first heartbreak. If the Academy has any sense Adele will win the Oscar this year.

I'm positive that when I grow up, I'll turn into the protagonist of The Great Beauty - a deliciously cynical, reflective film about time bygone, life in the contemporary world and the various crazy characters that exist in it. Director Paolo Sorrentino's movie is absolutely gorgeous to look at, listen to and experience on the big screen. 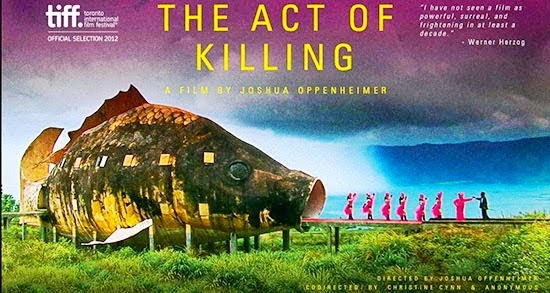 A war monger named Anwar Congo agrees to enact the killings in a faux film about a genocide he was part of. At first he and his accomplices are very pleased with what they did, but as the filming and the enactment goes on, he begins to see the horrors he's committed and begins to regret all the brutality of his past. Stunning film. Full review here.

7 - The Wolf of Wall Street

How does this Scorsese guy do it? 71 years old and he’s still at the top of his game with the energy of a 22 year old. And that Leo has one hell of a funny bone. Full review here. 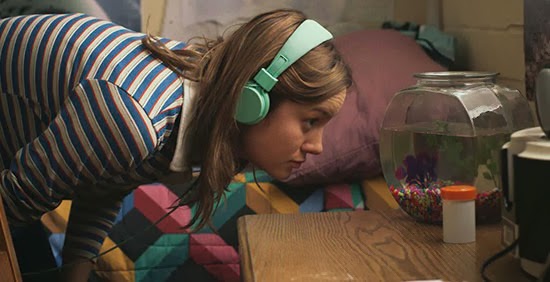 I'd been hearing about Short Term 12 ever since it scored some insane buzz at SXSW and I was really pumped to watch it at MFF. It did not disappoint. Brie Larson is the breakout star of the year and a huge talent. Jennifer Lawrence has competition and she doesn't even know it yet.

The most culturally significant film of the year, Simon Klose's docu takes a gander at the one aspect that has changed our lives, the entire entertainment industry and the way we use consumer electronics. Torrents and Piratebay define our society and culture and the film does a terrific job of traveling with the four members who made it all possible and are still fighting alone just to make all of us have freedom from the clutches of Hollywood. Naturally I downloaded this movie through ThePiratebay.

All flaws of Alfonso Cuaron's Gravity become infinitely smaller the bigger the screen you watch it on. In IMAX the film is perfect, utterly faultless. Full review here. 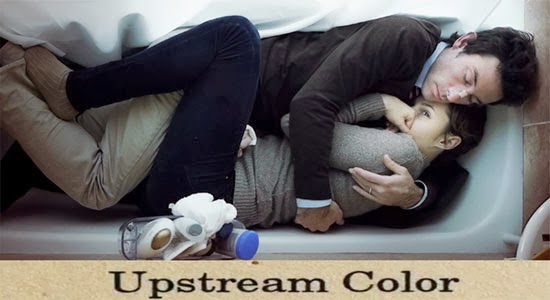 The new film from Primer director Shane Carruth turned out to be even more complex, engrossing, innovative and thought provoking than his previous effort. Full review here. 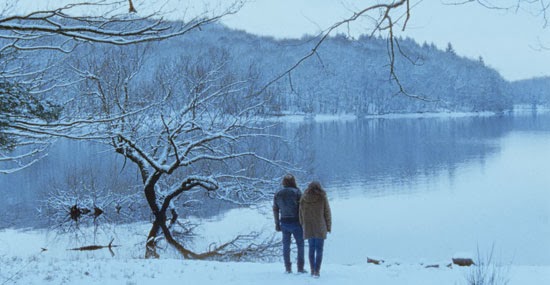 I had no idea about this movie and I walked into the screening at the Mumbai Film Fest only to kill time before the show of Blue is the Warmest Color. The brochure told me it was about the romance between a washed out rock star and a much younger girl. That didn't seem very inviting but what a film it turned out to be. A beautiful, funny, moving, tragic, devastating little love story that kicks every single one of its genre elements and cliches in the nuts. This was writer-director Guillaume Brac's debut movie, and it'd have been the best film of the year for me had it not been for: 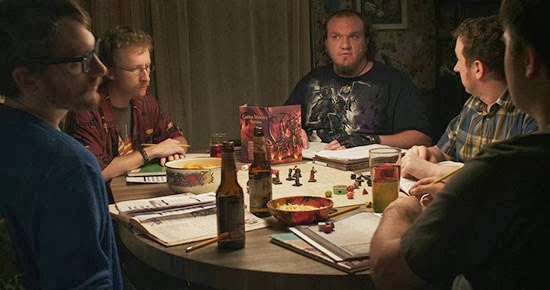 By far the best movie of 2013, a pitch dark comedy and the only movie that truly gets nerd culture and is still accessible to those who aren’t even familiar with nerds, games, metal or dungeons and dragons. Full review here.

Special Mention: Safe Haven segment from VHS 2 - the most fun horror movie of the year.

Biggest disappointment of the year: Star Trek into Darkness, To the Wonder

Discovery of the year: Brie Larson in Short Term 12

Best Movie Scenes: The breakup in Blue is the Warmest Color, The ship drag in Pacific Rim. 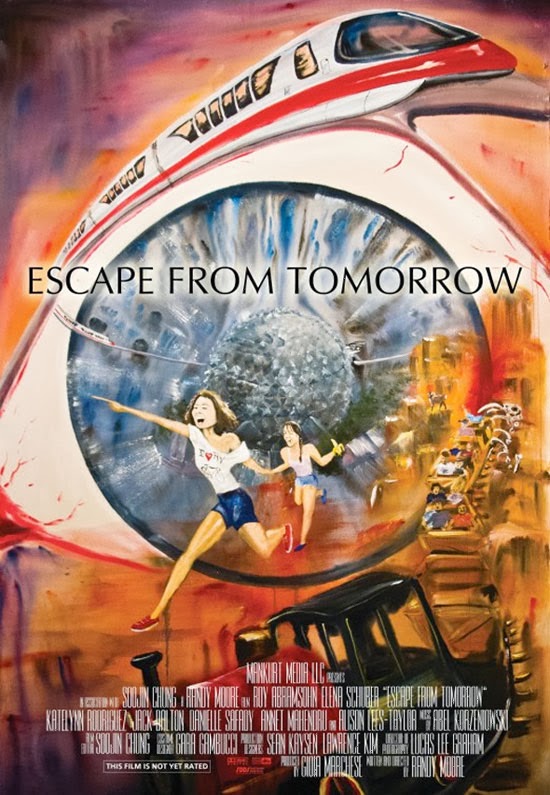 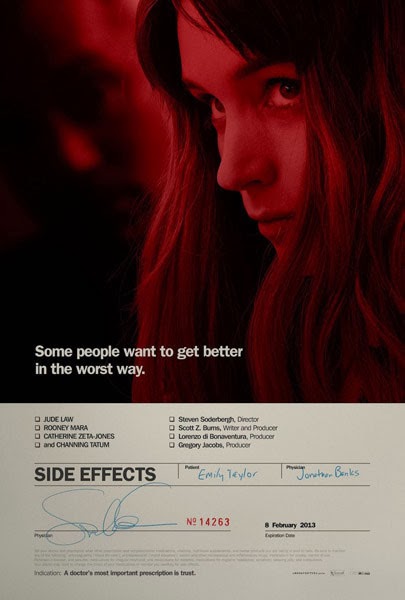