Thanks to the success of Ship of Theseus, The Lunchbox and Shahid the face of ‘Bollywood’ underwent a massive overhaul in 2013. The lines between commercial, indie, offbeat and arthouse were blurred, and 2014 has an even bigger assortment of interesting films to look forward to. There’s X, an experimental film co-directed by 11 different filmmakers, Rajat Kapoor’s Aankhon Dekhi which got solid buzz at SAIFF, Dedh Ishqyia the sequel to Abhishek Chaubey’s colourful 2011 film, and 15 other films that are very intriguing. 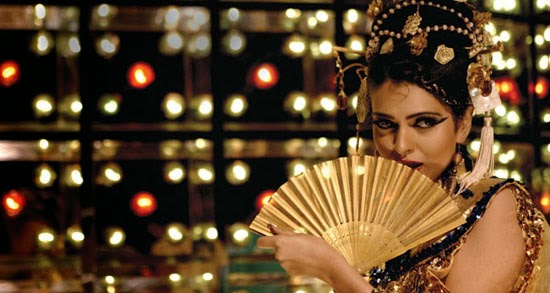 Starring Nawazuddin and Anil George as brothers producing scummy D-grade horror movies in the 80’s, Ashim Ahluwalia’s debut film after competing in Cannes finally releases in India. The censor board gave the film an insane 157 cuts - it took a year for Ahluwalia to appease the CBFC and get his internationally acclaimed Indian film an Indian release. 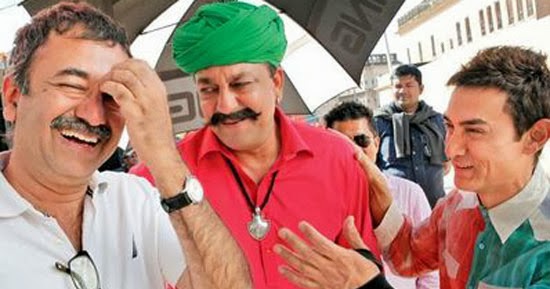 The tag team of Rajkumar Hirani and Aamir Khan’s follow up to 3 Idiots promises a religious/political satire of sorts. It’s got Sushant Singh Rajput and Anushka Sharma in supporting roles, with Ram Sampath’s music to boot.

Everything about this movie looks interesting. I’d heard about how good the script was while it was filming. Then I heard about how good the film turned out to be. My doubts were dissipated when I saw the wonderful trailer. Kangana Ranaut has been getting some respect for her interviews but this could be the film that would make you take her seriously as a good actress.

Hansal Mehta’s follow up to his powerful Shahid is a remake of UK’s 2013 Oscar entry Metro Manila and it’s got the highly underrated Raj Kumar Rao in the starring role.

After five consecutive big hits, two of which had genuinely good performances, Deepika Padukone reteams with her Cocktail director Homi Adjania for a dysfunctional family road trip comedy. If the genre doesn’t interest you, the supporting cast of Pankaj Kapoor, Naseeruddin Shah, Dimple and Arjun Kapoor certainly will.

It’s hard not to be pumped for Vishal Bharadwaj’s adaptation of Hamlet. With (a hopefully controlled) Shahid Kapoor, Shraddha Kapoor and Maqbool co-stars Tabu and Irrfan, Haider might just be the film that renders Bharadwaj his much deserved box office success.

Navdeep Singh, the director of Manorama Six Feet Under had a tough time when his potentially awesome projects Basra and the Punju wedding zombie comedy were canned. His latest is a fiery horror thriller about a couple’s road trip gone awry. It’s going to be a pretty dark and badass film, with a potentially cult classic female character in the lead.

Hands down, the biggest disappointment of 2013 was the non-release of Anurag Kashyap’s Ugly. I was lucky enough to catch a screening and I can confirm that Anurag is in absolutely incendiary form, at the top of his game here. It’s perhaps the best thing Anurag has made since Paanch, and hopefully we’ll get to see it early if the anti-smoking banner peddling panjandrums from the health ministry are appeased.

A docu on the power crisis in Kanpur, Deepti Kakkar and Fahad Mustafa’s Katiyabaaz is a comedy, an expose, a satire, a vigilante tale, and one of the most enjoyable films I saw in 2013. If the movie gods do exist, and producers do possess some sense, this will hopefully release wide this year. 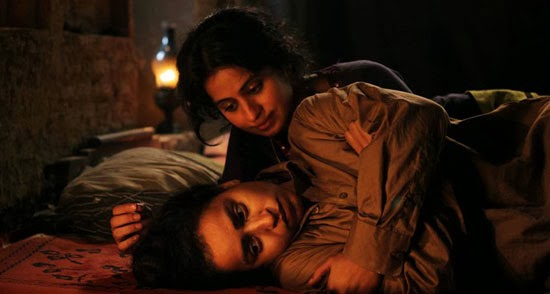 Anup Singh’s film made waves at the 2013 Toronto International Film festival and the Mumbai Film Festival. The film is an excellent, deeply sensitive and quietly bold film that goes into subject matter that has hardly been explored in the way it does. Plus it’s got terrific performances from Irrfan, Tilotama Shome and Rasika Duggal.

Anand Gandhi’s next from his production house Recyclewala Films is an interesting little period thriller with elements of horror and fantasy and a mysterious haunted well. It’s directed by debutant Rahi Anil Barve who made the ultra-dark short film Manjha earlier. 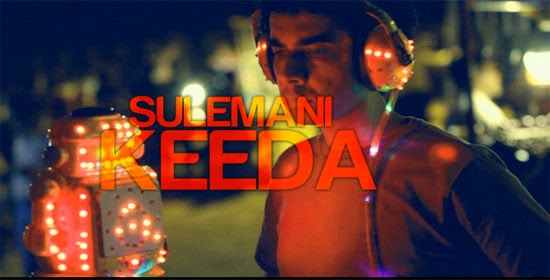 Director Amit Masurkar’s ‘Versova Indie’ which premiered at the Mumbai Film Festival takes us into the topsy turvy world of struggling screenwriters, star writers and the manic circus that is Bollywood.

The long gestating period noir epic from Anurag Kashyap is bound to be a massive film. With Ranbir Kapoor playing a boxer, Karan Johar in an ‘antagonistic’ role, jazz based music from Amit Trivedi and the fact that Kashyap is making a big budget film it’s impossible to not be excited about this.

By far the most anticipated Hindi film of the year, and one which is guaranteed to make the international festival buzz in 2014, Kanu Behl’s film got tremendous acclaim at Goa Film Bazaar recently. The film stars Ranvir Shorey and is a drama-thriller that delves into patriarchal issues, freedom from roots, and human cost of aspirations of a new India as seen through the eyes of a family of car robbers.

(First published in Firstpost on Dec 31 2013)
Posted by ElmerFuddnavis