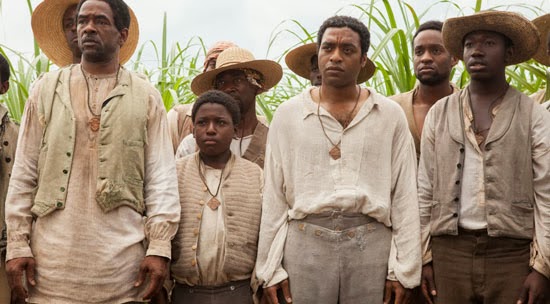 It’s only expected that a well-directed film about slavery would be lapped up by the American press. But since we’re not directly involved with that aspect of history it allows us to look at the film a little more objectively.

In the opening minutes of 12 Years a Slave we’re shown a slave being whipped mercilessly. It’s a shocking, brutal scene that makes you cringe in your seat. Now here’s the problem – the film makes its point in this scene, and proceeds to whip us with the same point over and over again through the rest of its runtime. Here, the protagonist suffers and misses his family, then moves to a different location, then suffers and misses his family more, and repeats the cycle endlessly. This is not the Steve McQueen we know and love. His movies are not supposed to be predictable. McQueen’s films are arresting, but never repetitive. And even in the repeated sequences like in Shame, McQueen develops character arcs that much more, showing us something new about his subject. He fails to do so in this movie.

That said, 12 Years a Slave is a great acting showcase for its cast. It’s poetic justice that Chiwetel Ejiofor had a minor but important role in Spielberg’s Amistad which dealt with similar subject matter. He’s going to win the Oscar but the guy who really deserves the accolade is Michael Fassbender who renders a raging performance of a vile slave owner. Fassbender has worked with McQueen in all of his films and this is his best turn by a long margin. He’s scary, ruthless, sickening, and perverse and completely believable. Lupita Nyong'o makes a great debut, and there are a few quiet cameos from bigwigs like Brad Pitt, Paul Giammatti, Paul Dano and Benedict Cumberbatch but Fassbender just blows everyone away.

McQueen and his DOP Sean Bobbit deserve credit for making the film look epic despite the small budget – they used just two cameras, natural lighting and real locations for the film. But it’s impossible to not be disappointed by the lack of McQueen’s trademark uniqueness. There was a fifteen minute long uncut single shot interrogation scene in McQueen’s Hunger. There were long tracking shots of Fassbender running in Shame. These images are ingrained in our memories forever, but there’s nothing of that sort to be found in 12 Years of Slave. You'll tend to watch the movie, be mildly moved by the torture scenes and forget about it in two days. Sure, this could again be because we can't relate to the movie as much as the Americans can, and this was the conundrum in Fruitvale Station too, but there's no excuse for lackluster writing.

Moreover, the music by Hans Zimmer is extremely reminiscent of Harry Escot’s main theme from Shame. Some of the plot points are a tad clichéd, and the final scene is full of saccharine, coming dangerously close to mawkish territory. That makes it a well-made and well-acted motion picture that will win a lot of awards, but one that is merely ordinary, given the talent driving it. Luckily even an ordinary film from McQueen is better than most of the stuff out there.